Tariq Zaidi's photography captures true, compelling content from around the world. He has lived in 10 countries and travelled to over 100, including 33 in Africa. His multi-cultural background shapes his outlook and informs his audience with images taken in context of communities they live in; inspiring us to think differently about ourselves and our world.

Tariq Zaidi is a freelance photographer currently based in the UK. In 2014, he gave up an executive management position in an events business to pursue his passion of capturing the dignity, strength and soul of people, within their environment. His photography focuses on documenting social issues, inequality, traditions and endangered communities around the world. Tariq independently assigns, funds, researches and writes his own work. 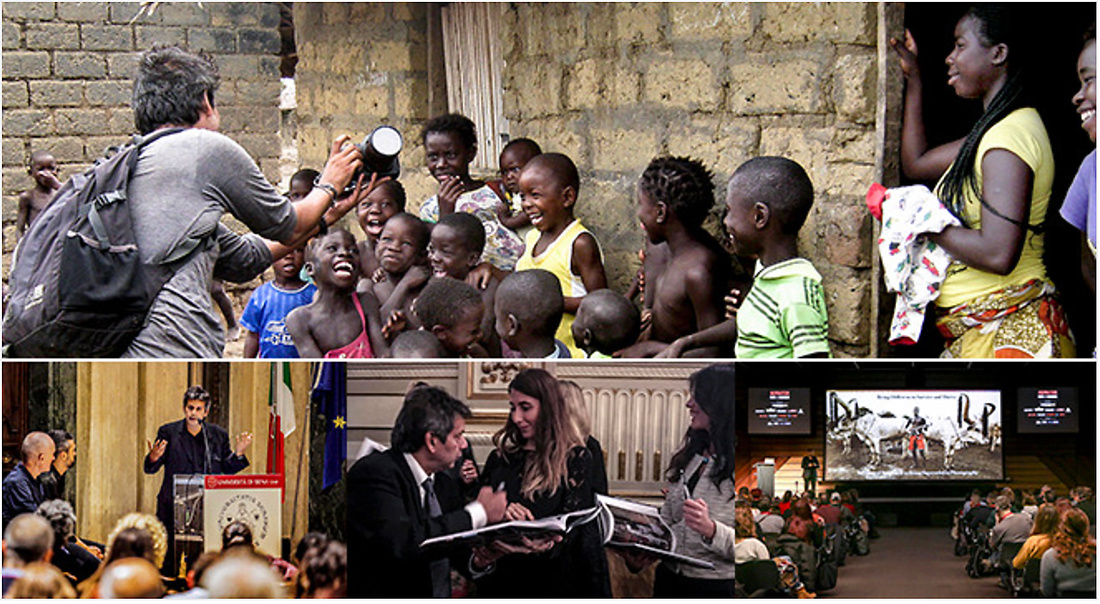 Zaidi's first book, Sapeurs: Ladies and Gentlemen of the Congo, was published in September 2020 and has received numerous awards and accolades. The book was a finalist in the "Photography Book of the Year 2020" category by Pictures of the Year International, a prestigious photography competition. Additionally, it was shortlisted for the 2022 "Lucie Photo Book Prize", nominated for the "African Photobook of the Year Award" and chosen as one of Vogue's "Best Fashion Books of the Year 2020". The work was showcased at the Visa Pour L'image International Festival of Photojournalism in September 2020 and received the "Jury Top 5 Selection" award from the IPA (International Photography Awards, USA) in September 2022. The book was designed by Stuart Smith, published by Kehrer Verlag Germany, and co-edition with Seigensha Art Publishing, Japan. It has since gone into its second printing.

Tariq's second book, Sin Salida (No Way Out), was published by GOST Books, UK in October 2021. The book documents the devastating impacts of the notorious Mara Salvatrucha (MS-13) and Barrio 18 gangs on El Salvador. Through depicting the gang members, police, murder sites, funerals, and the government's efforts to combat the gangs, Zaidi illustrates the control these groups have over Salvadoran society, the violence through which they operate and the grief and loss resulting from the violence. In March 2022, Tariq's work on El Salvador was recognized by Pictures of the Year International in the Premier category of the "World Understanding Award". It also received the 1st place in the Photojournalism Category by Amnesty International's 2020 Media Awards in recognition of Tariq's commitment to human rights. In 2022, the photo book was awarded a 1st Prize by the IPA (International Photography Awards, USA) and was a finalist for the Lucie Photo Book Prize.

In 2016, Tariq was named as one of the "Top 10 Travel Portrait Photographers" (focusing on social issues and inequality within various societies across the globe) by the International Photography Awards (IPA). In 2018, he was awarded The Marty Forscher Fellowship Fund for outstanding achievement in Humanistic Photography, by PDN and Parsons School of Design, USA, and in 2019, he was nominated to the Prix Pictet. Tariq has also been the recipient of over 50 major international photography awards. His work has been recognised nine times by Pictures of the Year International - including awards in the Premier Categories of "Photographer of the Year International", "Photography Book of the Year", and the "World Understanding Award". His work has also been recognised by IPA, NPPA, PDN, UNICEF and Amnesty International amongst others.

Tariq's work has been shown in over 90 international exhibitions and he has worked on projects and assignments in 23 countries across 4 continents.

Tariq is currently working on multiple projects, including a long-term personal monograph titled "Capturing the Human Spirit", a visual anthology about hope, dignity, and community in some of the poorest regions of the world. Images from the first three chapters of this work made in the slum communities of Haiti, Brazil, and Cambodia were shown at Visa Pour L'image, International Festival of Photojournalism, in September 2018.

Tariq is a self-taught photographer and holds an M.Sc. (Master of Science) from University College London, UK.  His work is represented by Zuma Press (USA), Caters News Agency (UK) and Getty Images (UK). He is an Eddie Adams Worksop 2015 Alumini.

Going back to his early roots as a teacher. Tariq continues his passion for education and has taught courses on photojournalism, documentary photography and advanced photography, at the prestigious Central Saint Martins and London College of Communications, University of the Arts London, and other photographic institutions in Europe. He also presents his work at conferences, seminars and universities internationally.